Leveraging the digital business in practice 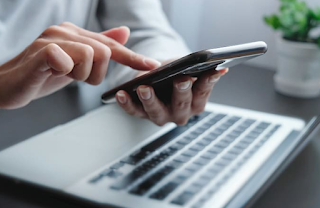 Let’s start by framing where the problem might lie. Have you ever decided on a way of working, or a direction for your business that had to align with the limitations that your IT infrastructure, your ERP functionality or other business critical application set?

It lies in our human nature that we have to simplify our perception of reality in order to deal with our daily lives. We’re amazingly good at creating models and shortcuts for how things work without questioning their nature.

The good thing is that:

The downside is that we transpose this behavior and thought patterns to areas where it doesn’t serve us as well to bypass questioning the status quo, rethinking the boundaries and limitations set out by, for example, technology. This is compounded by a commonly occurring affinity for the familiar, the predictable and reliable – even if it may be inconvenient. We prefer stability to unpredictability, and if “it’s not invented here” or represents patterns crossing e.g. generational behavior gaps it may be even harder to adopt into the organization.

Breaking out of the mold

To paraphrase Slavoj Žižek, we lack the insight to see what is truly possible. If we make the effort to rethink, reimagine, and innovate just one step further as part of our everyday processes. Ask that extra “why”, and “how can we” – even if it feels uncomfortable or naive.

“ .. we lack the very language to articulate our unfreedom.”
Slavoj Žižek

Our recent and ongoing journey towards a world where literally everything is represented, measured and reflected in the digital dimension is a massive driver for change. Not only for what we come up with for the future, but for refining and improving on what we have done in the past. Take our existing IT infrastructure, platforms, applications and interfaces as an example. We’re constantly faced by situations where the requirements to support e.g. a real-time live-data connected customer-facing app, higher degrees of automation in finance and HR, common reporting across divisions and geographies etc. are weighed down by the way we used to do things. This is a side-effect as requirements, systems thinking and technological maturity levels were overall lower. Simpler times. So we have to rethink, reimagine and innovate not just for what we will do next, but for how we used to do things as well, reassembling the airliner mid-flight, so to speak.

The upside is that it’s the very leaps and bounds in innovation and technology that in a way force change upon us. That also support and enable us to undo some of the limitations we imposed on ourselves at earlier points in time.

The ties that bind

For example, our handling of data, information, from previous generations of systems appears to be woefully inadequate when compared to modern day requirements.  It’s fragmented, inaccurate, incomplete, and stored across several systems, platforms, applications, databases and formats. More often than not in partially overlapping duplicates. It’s a mess, and the best thing would be to wipe the slate clean and do it over.

Ironically, that is actually one of the major advantages any startup in any industry has to present over the established industry dominating dragons. They’re swift, agile, nimble and not weighed down by legacy ways of working, systems or maintenance costs. That way, they move fast, adopt to customer expectations, grow exponentially and disrupt the previously fortified actors on the market.

Because wiping the slate clean and doing it all over again comes with a number of challenges; it’s costly, it has a huge impact on ongoing business, and pulls considerable resources from their current focus. If you’re on the aforementioned airliner, you don’t want to see the captain outside the fuselage hammering away on the starboard engine with a wrench.

We obviously need some way to address this challenge. Read the next part of this blog post; Shaping your digital future.

Are you looking for ways to leverage technology to benefit your business and outsmart the competition?  Get in touch - every step forward starts with a constructive and thorough discussion!